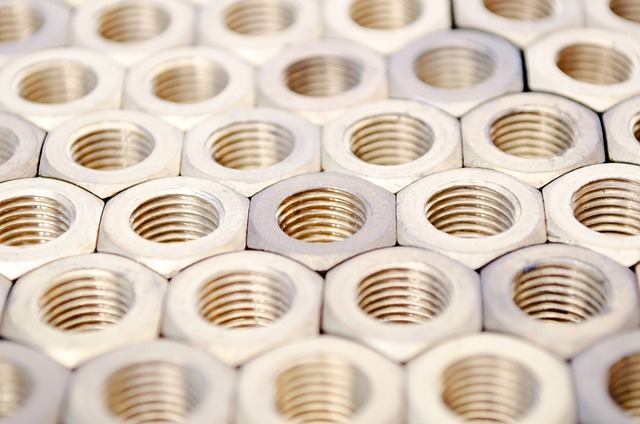 When manufacturing products, it is important to make sure each piece is made to the highest of standards. Not only do consumers want a quality product, but they also expect a safe product. This is where chemical film coating comes into the picture. This type of coating is used on metals in a variety of industries to produce a safer, higher quality product. Let’s take a look at the process of chemical film coating and its benefits to your company.

What Is Chemical Film Coating?

Chemical film coating, also known as chromate conversion coating or chemical film sealant is used to render certain alloys unreactive. It is a process that is applied as a protective coat on a metal product or part to make it more durable. It is a highly recommended process that is considered rather economical. Although it is usually the final phase in the production process, it is can be applied at any time.

What Metals Can Chemical Film Coating Be Used On?

Chemical film coating is used on a variety of alloys. The most common type is aluminum, but it can also be used on copper, zinc, silver or tin alloys, just to name a few. The final coating will have slight variances in terms of texture and appearance depending on the type of metal it is applied to. Even though there are differences, it is considered to be a process that has beneficial effects on most metals.

How Does the Process of Chemical Film Coating Work?

Chemical film coating can be applied to metal in one of three ways: dipping, spraying or brushing. No matter which method is used to apply the coating, a certain three-step process is followed.

The first step is the cleaning phase. In this stage, the part or product is thoroughly washed and cleaned. This removes all of the oil, dirt, and debris that the part has accumulated during and since the production process. Cleaning is crucial to ensure the coating adheres to the product at maximum strength.

The second step is the etching phase. This step is used on areas of the metal product which you do not want to be covered with the chemical film coating. After etching, the product will be cleaned once again to remove any debris left behind by the second step.

The third and final phase is the coating phase. You can choose from different classes of chemical film coating that vary in composition and thickness. The amount of time coating takes depends on the size and type of metal the product is made of, class of coating, and coating technique used. After the coating has set, the piece is ready for use.

Corrosion is a term used to explain the deterioration of metals when exposed to environmental elements. All metals will corrode, but different types of metals corrode at different rates. For instance, stainless steel is one of the slower corroding metals, while iron is one of the quickest. Metals that contain iron are prone to rust which is a type of corrosion that is specific to metals that contain iron. Rust occurs when the iron in metal is exposed to air and water. The orange, dusty substance forms on the surface of the iron-containing metal, which makes the structure weaker. The main benefit of chemical film coating is to protect metals from corrosion and rust. This type of coating also serves as a base coat to apply a finishing coat if desired, such as paint which further protects the metal underneath.

Due to high winds, high altitudes, and harsh environmental elements, the metal of airplanes are at a greater risk of corrosion. For obvious reasons, airplanes need the maximum protection available and chemical film coating offers just that.